For the last few years, viewers are choosing web series over movies. It is obvious that the series comes with an engaging storyline that hooks the spectators to the edge of their seats until the end. On another side, the series is also able to make the fans connect to their own lives which is helping the popularity of these kinds of series too. One such platform which originates some amazing web series is ULLU. It has also been delivering some entertaining content to the viewers. Here, we will talk about its upcoming series titled “Gaachi Part 2”. 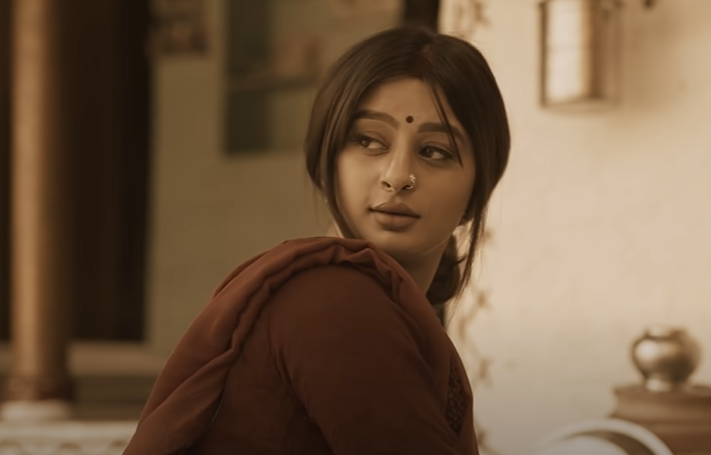 After witnessing a huge success of the first part of the series with the same title, the makers are all set to entertain the viewers with another one in the franchise. The trailer which has succeeded in creating a lot of buzzes has made the fans excited. The viewers are eagerly waiting for the release of Part 2 and are anticipating it for quite some time. As the series consists of the same title, it is understood that it will follow the same pattern of the story with a bit of change.

In Part 1, it was shown that all men of the village head to whorehouse whenever they feel like it. Even the groom does not stay in the house and visits the whorehouse. When they are stopped by the lady villagers, the men state that it is their right and hobby to visit the whorehouse. Now, in the second part, it will be shown that the females would also show their desire of having fun with other people. A woman of the village will fall for a young man in the village and from there the story will start. They both cross the boundary and the woman has to face the villagers.

It was then that the woman questions the villagers about men going to the whorehouse when they feel like it but where should the women go. Undoubtedly, the trailer looks quite promising and the viewers are excepting nothing less than a package of entertainment. Gaachi Part 2 will be released on January 28, 2022, on the Ullu streaming platform. The fans who want to watch the upcoming web series must have a subscription to the said platform as it would be only available for them to watch. The cast includes Lokesh Tilak, Ankita Dave, Prajakta Dusane, Priya Gamre, and Garima Jain.