The popular American actress Evan Rachel Wood has been sweeping the limelight ever since she accused her ex-boyfriend Marilyn Manson of physical abuse. Yes, the 34-year-old actress has shared details about the abuse in her new documentary. Accusing Marilyn Manson, Rachel said that he “essentially raped her on camera” in 2007 when they were filming a music video. She disclosed that she was just 19 at that time while Marilyn was 38. The documentary or film titled “Phoenix Rising” premiered on Sunday, Jan 23, at Sundance Film Festival. Check complete details of the ongoing matter here. 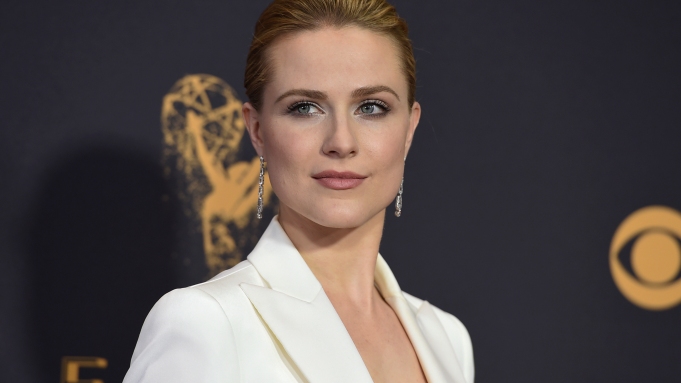 Briefing the horrific incident, the actress further said that Manson and she were in a relationship. She added that they were shooting the 2007 released music video for Manson’s song titled “Heart-Shaped Glasses” and while they were filming, Marilyn began to penetrate her for real which took her off guard. Rachel Wood further said that she was given absinthe, a green aniseed-flavored alcoholic spirit, which has made her conscious. It was added that they were doing things that were not pitched to her. The Primetime Emmy Award nominee said that she did not feel safe on the music video set.

Evan Rachel addressed the issue further by stating that it was a really traumatizing experience as she did not know how to advocate for herself or to say no as she was trained to never refuse anything. She added that she felt disgusting as she was persuaded into a commercial sex act under false pretenses. The actress also said that everyone on the set seemed uncomfortable as no one knew what to do. It was the first crime that was committed against her and that she was essentially raped on camera, said Rachel Wood. She added that it was just the beginning as the violence kept escalating over the period.

Rachel further said that Wood even gave her instructions about what to say to the press when she was asked about the video’s concept. She said that Marilyn asked her to tell them that they had a great romantic time on the set and she was scared to go against him so she did what he had asked. However, the attorney of Marilyn (real name Brian Warner) had completely denied the accusations imposed by Wood. They have called her accusations, her imaginative retelling of the music video that was filmed 15 years ago. The attorney also claimed that there were multiple witnesses of what actually happened there.

Dayalin Carrillo Died In Car Accident? Check Cause of Death? What Happened To Her

What Happened To CBS Gayle King? Dead Or Alive, Revealed

Who is Elliot Leyton? “Hunting Humans” Author, Passes Away – cause of death