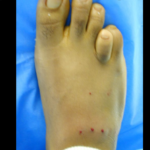 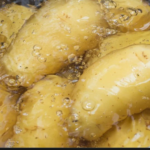 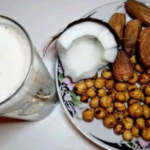 Many conflicts are happening between contestants in the tasks and audiences are enjoying it. The forthcoming episode of BB 15 is going to be full of emotion and drama as the “Ticket To Finale” task is in the last stage and we have already watched how Karan Kundrra has been trying his best to convenience other VIP members to fair but also make Tejasswi Prakash win the task. 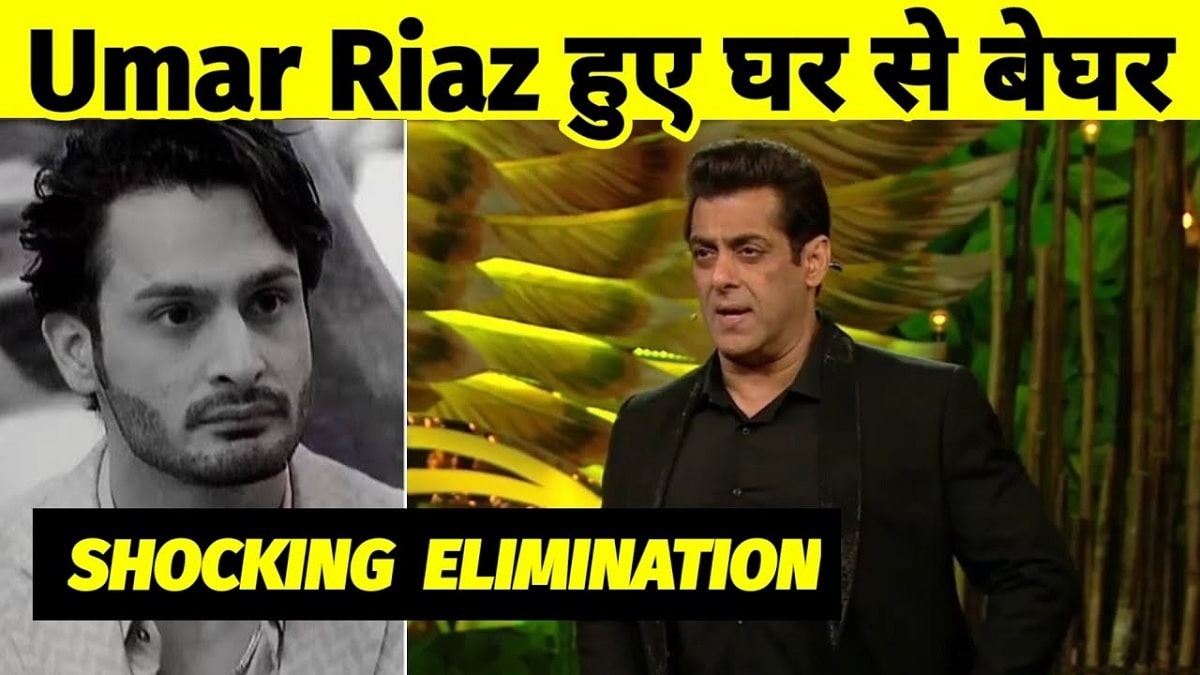 On the other side, Rakhi Sawant has been persuading everyone to not call Tejasswi for debate otherwise they will lose the task as her friends Umar, Rashami, and Karan will make her winner this task. In the latest promo of the upcoming episode, viewers can watch Rakhi calling Shamita, Shamita Kundrra. According to the promo, Tejasswi decides to call Bollywood Diva Shamita Shetty, who was already leading in the tasks, and choose to argue with her for being lazy. She mocks her that she fakes her wounds when she has to do the household works but when she has to curl her hair, so does it without any problem.

In this retaliation, Shamita says that it is the insecurity of Tejasswi that is making her do all this. Tejasswi also annoys the VIP members Rashmi, Umar, and others by calling them biased, and Rashami shouts at her. Further, it is watched in the promo, the VIP members, including Karan Kundrra do not find the points pf Tejasswi right against Shamita lazy which makes Shamita the winner of this task. After watching this Tejasswi gets a bit emotional and to make things more worst, Rakhi begins taunting.

In the latest promo, Rakhi is viewing that Karan supported Shamita in the debate task. She says “Wow Kunderra supported Shamita, wow today Shamita, ‘Shamita Kundrra hogayi’. After hearing this Tejasswi feels very bad about all this and she asks Karan, “Have you also begun blushing now.” Karan feels bad and gets offended and says, “What the f**k is this.” He stands up and goes from there.

To make this promo more amusing emotional song is played in the promo and viewers can see Tejasswi is saying that she is done with all this drama and now she is alone in this house but God is there to support her. That’s all for today we will be soon back with the next update. Till then stay tuned with us for more such latest updates and watch this episode of “Bigg Boss 15” on the colors channel at 10:30 PM.

&nbspBogg Boss 15 is in its’s second week and it is already winning the great of the audience as the housemates in this season are giving their best already. They all are putting so much effort to keep their audience entertained and this is helping the show to grab more and more content. All the inmates are so educated for playing their game in their own way. So in tonight’s episode, you will be going to get more fun and entertainment. We are here with the written episode update of BB15 of 8th January 2021.

An episode tonight is going to be jammed up with a lot of fun and fighters. There is a piece of good news for all the “Jungle Vaasi”. The Bigg Boss is going to announce a task in which the Jungle Vaasi will get a chance to enter the main house. As we all know only three participants are living inside the main house. And this is going to create a huge flight in the house. The inmates are going to lose their tempers. Other than this we will also be going to the Teajawani’s entertainment does she has become a bandit and she says to Viahl that, “I will going to take over Vushu as I’m a bandit and will kill him if doesn’t go to be my side.”

A shocking piece of thing has happened on the controversial reality show “Bigg Boss 15”. On the episode of Friday night, just declared one of the most uncalled and shocking evictions of the season ahead towards its grand finale. The show eliminated one of the strongest contenders Umar Riaz. The decision surely gives big shockwaves to the fans of this show, including the Bollywood industry who has begun raising eyebrows at this decision. Talking about the ticket to finale week the show got its 7 winners- Umar Riaz, Shamita Shetty, Abhijeet Bichukale, Rakhi Sawant, Tejasswi Prakash, and Rashami Desai.

In one of the recent episodes, Bigg Boss announced that Umar will have to suffer the punishment which will be informed in the forthcoming episode of Weekend Ka Vaar. This announcement came after the physical fight of Umar with another contestant Pratik Sehajpal. In the Ticket to Finale task, Pratik was watched throwing water at Umar and instigating him. This action directed to a huge brawl between the two and we watched Umar was got physically violent with him.

After that Bigg Boss had to intervene and decided to take strong and strict action against Umar. It is also to be observed that the names of Nishant Bhat and Umar Riaz are missing on the list of the supporters who will be entering the show at the time of the finale week. This makes the eviction of Umar from the show a topic to discuss. Umar Riaz is named as one of the most famous contestants of the show and it is of no surprise that the star has been winning almost all the voting polls, votes on his way having a mega fan base throughout the world. Umar was out at a spot despite him triumphed the ticket to the finale and becoming a VIP member.

As soon as the tweets and reports of the eviction of Umar Riaz came in, admirers and netizens on Twitter began bashing the show for their unfair decision. It looks like this decision made by Bigg Boss did not go well with them as they are enraged. Some of the internet users have demanded to band the show and the comments and hashtags like “Nonsense Show”, and “Rip Bigg Boss”, “No Umar No BB15” and many others are making rounds all over the social media websites. That’s all for today we will be soon back with the next update till then watch “Bigg Boss 15” on the colors channel at 09:00 PM and always be with us for more exciting updates.

Arjun Bijlani also comes ther and he says that., “I’m promising that this girl will be going to be mine. And this creates huge laughter in the house. So there is a time to execute these strategies in the task and set this the entire house os burning the heated arguments. The boys lose their temper and they use to be hit each other. So all the Jungle Vaassi’s will be seen attacking the main house inmates.

They all use to be hit each other and they all get physically injured with their misbehaving with each other. This behavior of inmates is intolerable. They all even use abusive language for each other. After the task, Shamita and Tejaswani get into a heated argument. Shamita says that “I got hurt while Tejaswani was dragging me.” Then Tejaswani also comes forward and she speaks to defend herself. Then Shamita will be seen giving fair reasons for whatever happened inside a house. Watch the full episode on colors tv.

The popular and controversial reality show “Bigg Boss 15” is getting more intense. As now the show is moving towards its finale much new drama is drawing the attention of the watchers even the Weekend Ka Vaar episodes are the fiery ones. In the previous episode, we watched that host Salman Khan lose his cool at the contestant Abhijit Bichukale for using disrespectful and abusive language on BB 15. Salman Khan warned Abhijeet, menacing to eliminate him mid-week and drag him out by the hair if he will not change his behavior.

Salman Khan watched saying that “How would you feel if someone else gives to your family what you gave these dirty streets? I am giving this warning, I will come out mid-week and throw you out of the house, dragging you by the hair.” As Abhijit asked if he could say something, Salman gets annoyed and angrily says, “If you say something, I will enter the house and slap you hard. Abhijeet gets angry after the comments Salman and announces “To hell with your show” and then he walked towards the exit gate and asked the makers of the show to open the gate.

In the latest promo of the show, showcasing the present contestants of the show being roasted by panelists. The “Panel” including Divya Agarwal, Geeta Kapur, Neha Bhasin, and Kashmera Shah grilling or roasting the contestants, and as expected Divya got into a verbal spat with Shamita Shetty, telling her that if she did not change her behavior and attitude she will not win the show even if she participated for four seasons. In this response, Shamita says “I do not need your permission.”

Shamita further says “You were not even offered to come in Bigg Boss 15 house”. Even as Divya asserted she was not even interested to come and then Shamita mocked her, leaving Geeta Kapur, Kashmera Shah, and Neha Bhasin in laughter. As we all know Divya is the winner of Bigg Boss OTT, which was a digital spin-off of the show that streamed on Voot and was hosted by Karan Johar. Shamita was her co-contestant on the digital spin-off.

In the video, Salman Khan could also be watched declaring the judgment on Umar Riaz, who previously got physically aggressive with Pratik Sehajpal during the task. It is speculated that he has been eliminated from this 15th edition of BB. That’s all for today we will be soon back with the next update till then watch this episode of “Bigg Boss 15” on the colors channel at 09:00 PM. Stay tuned with us.