Today’s written episode update of the most appreciated drama “Bade Ache Lagte Hain” on sony tv. Tonight’s episode will be going, begin with, Vedika will be seen trying her best in the way so that she can create a distance between Priya and Ram. She jas been taking her steps gradually so that she can come back to Ram’s life. She use to feel jealous of Prya, and she is also trying to do so as her relationship with her husband is not going well. 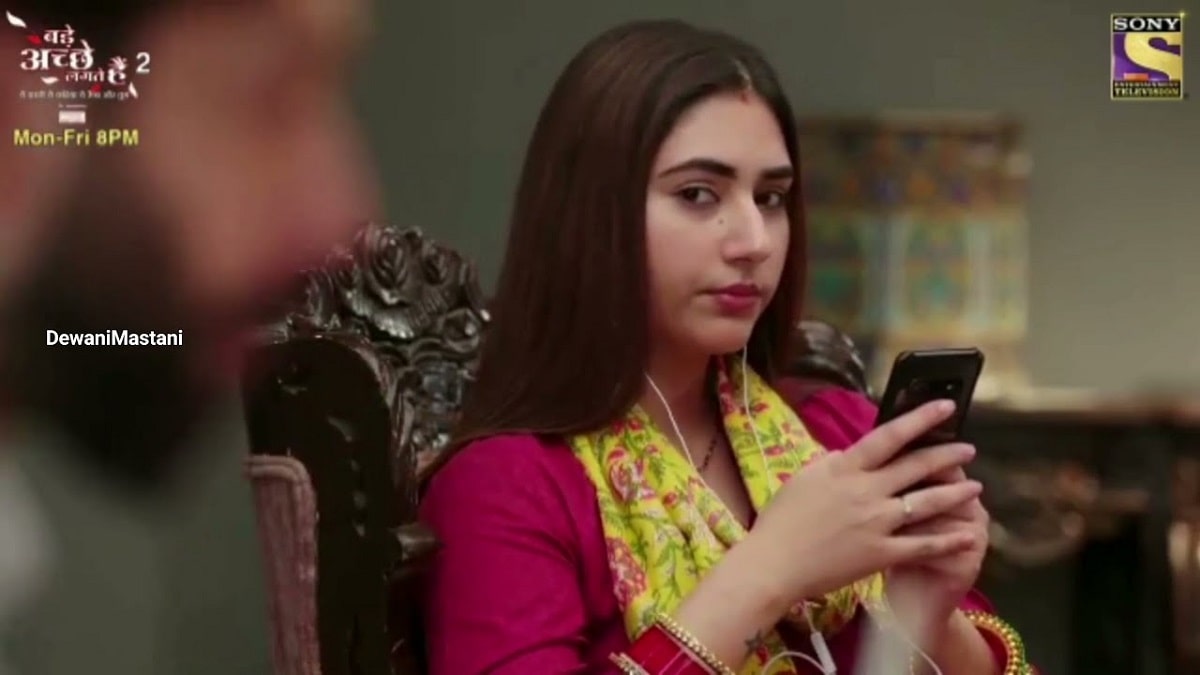 So now she is living in Ram’s house and it was Nnadidni who has been bringing her to her home. And now both of them are together and trying to create the differences between Ram and Priya. But we will see that Priya is smart enough and she will not going to be let her and Ram’s married life ruined due to Vedika and Nandini. As she is now pretty much aware of the plans of the Nandini and Vedika. Priya also knows that Nadaini doesn’t love Ram at all. She just wants his property and also wants that Shuvam will be the owner of the company.

And this time she has another challenge in front of her due to which she is confused and also wondering how to talk about it to Ram. While on the other side we will see that Ram has his birthday and Priya and Vedika both are trying to be decorating for Ram’s birthday. Mwnahiele we will see that Vedika is going to be playing her another move to create separation and doubts in Priya’s mind. So she headed her a phone in which she plays a video. And this video hits Priya and after which she gets so hurt.

In the video, we will see that Ram sits n his knees and he proposed Vecdika. After which Priya use to do the same with Ram. She went on her knees and offers a bouquet of red roses and she has been said to him that you must have also done something like this for someone in your pats. And Ram is so happy to be getting something like this from her side. And after this, we will be going to enjoy the drama in the upcoming serials. The episode will go to make you super entertaining. Watch the full episode on colors tv.

Bigg Boss 15, January 10 – 2022, Written Update: Who gets nominated for this week’s elimination or eviction?

Top 10 Books to Read for the ITIL® Foundation Certificate