As we know Anupama is a very famous show among the people, and the serial has great TRP. Here we are sharing the Latest episode’s highlights by written update. According to the promo videos, the show is going to be very interesting and entertaining. 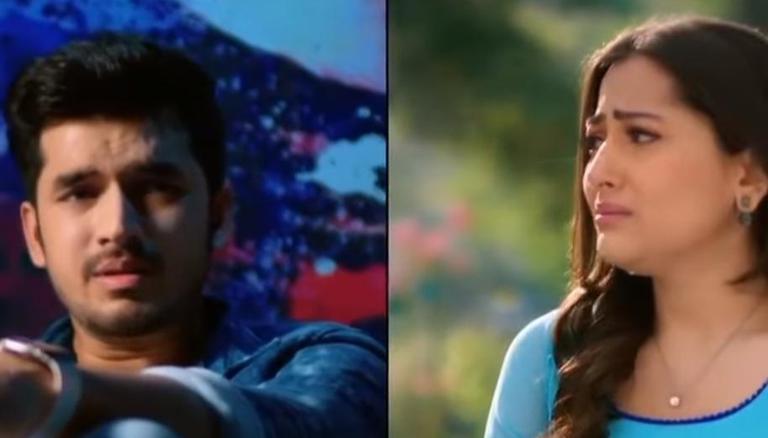 The show starts with Anupama telling Samar that she knows that it’s life but she says it has a thread entangle it or break it, when a relationship is tangled, a person breaks from within just like their entire family broke because of Vanraj’s and Anunmpa’s divorce.

Bapuji says it is right and gives the example, how Samar joints his bat’s handle after the break and he repaired the bat much time. Baa also gives an example. Samar says Anu broke her relation though. She says it is not about her, it’s about Nandu and your relationship. She asks to Samar honestly think, if their relationship is like Vanraj’s and her relationship.

Vanraj says Don’t force him for this. He says why all are forcing him into an unwanted relationship. He says they forced Vanraj with Anu earlier and now Kavya. He asks Samar to become like his mother Anu not like Vanraj. He says he feels like a cage even now, he says his son’s relationship should not be like this.

Anu says to Vanraj Don’t teach wrong things to my son. Then Anu apologizes to Samar for confusing him and says she trusts him and he will take the right relation.

Nandni loses her house lock keys, and she calls the key maker then she vents out her anger on him. He walks away asking her to call another key maker. Anu enters and offers her left key. Nandu says Don’t take the side of Samar. Vanraj and Anu ignores Malvika and Anuj in the office.

Another side, Toshu says to Nandu that she should think about their relationship and Kavya and Vanraj’s relationship. She says Uncle said that she is not fit for his son. Toshu says everyone talks senselessly in anger.

Malvika walks to Vanraj and Anuj walks to Anu and tey to find out the matter. Vanraj says let him work. Mukku insists he discusses the matter. He says he is tired to fight with problems. His son’s life is at stake because of Kavya.

He worked hard while the night and face a fight in the morning, he made a big mistake in loving Kavya and married her. He starts his mind game on Mukku and says Mukku understands him better as she also made some mistakes.

Anuj also tries to know the matter and he says he will not stop until she discusses her issues. Anu says, Mr. Shah and she are back on the same path didn’t want to go. Vanraj says he suffered a lot due to Kavya, but he had his family with him, but how did Mukku suffer alone. Stay connected for more updates.